The unbelievably beautiful renderings of the Mandelbrot set is known the world over. Now, mathematicians with particular interest have attempted creating a three-dimensional version, called the Mandelbulb. Though I haven’t read through the mathematical background, the images themselves are impressive illustrations of the complex self-similarities so characteristic of fractals but with an entirely new dimension to them. 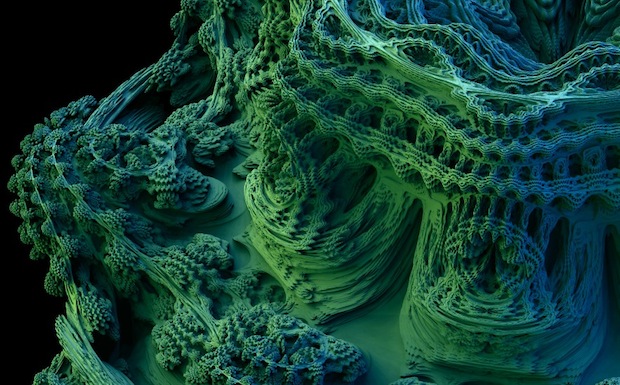 It is a marvel that the simple formula zn+1 = zn2 + c is the foundation and perhaps one of the best examples of why math is so fascinating.

Keynes and the Economy Happy Exploration